Normalization was a goal of mine after my weight loss efforts. Now I have another new toy to measure my normality and hopefully give me enough incentives to keep the weight off and eventually get a bit fitter too.

My diet ended officially on boxing day last year (2016) since then I have been trying to lead a normal life: no more souping!

As I wrote last time in my key stats for 2016 I finished the hard-core measuring / dieting and was aiming to get back to normality by just eating carefully and not being obsessed by the weight and how to lose.. lose .. lose.

I had reached my goal and felt that I could track my weight and activity like a regular person. However I was presented with a geek gadget for Christmas that has in fact meant that I have been weighing myself & recording my weight every day.

With the Withings Body Cardio scales I get a whole lot more data. This inspired me to even greater things and I wanted more metrics.

I've been using a Polar Loop for a couple of years, another Christmas present - this time from 2014. I wanted an upgrade. I wanted to get my sleep & activity data in the one place. Integration into the Withings system seemed nigh on impossible. 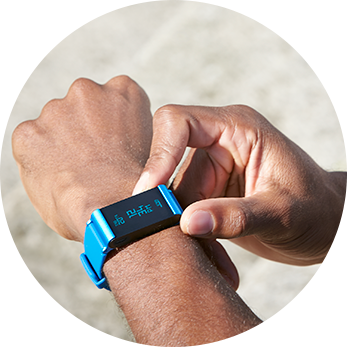 So I decided to get a Pulse Ox for my wife's birthday.. And one for her too :-) More data... and all in one place.

Normality with regards to measurements in fact has gotten worse since my dieting times: more measurements. However I am not fretting about all this information. My weight has stabilized pretty well and my 2 life changing habits pretty much hold true.

I am still walking quite a bit, though not the 13 000 steps as the Polar was recording. There is a bit of a difference between the monitors but I still aim for over 10 km walked per day.

Concerning the food intake I am trying to eat smaller portions & still drink water like a boss. I do eat pasta, rice and bread, but in smaller quantities.

As for soup, I will have a soup day if I feel that I ate too much on previous days, and sometimes if I am preparing a pasta dish.